Congratulations! It’s Friday, and that means you’ve survived your first week of Teachers Write. Gae is hosting Friday Feedback on her blog today, so even if you’re not quite ready to share, you should go visit & see how that works.

And we also have a Friday Feature with guest author Lynda Mullaly Hunt. Lynda is the author of ONE FOR THE MURPHYS and the forthcoming FISH IN A TREE.

Roll with the Hunches: Thoughts on Writing Process

Thing was, characters dropped into me. I’d imagine things that would happen to them almost as if coming back to me as a memory. So, I started taking notes. Soon, those notes became scenes. The writing wasn’t great but it was better than it had been. So, I decided to try and go with this lack of form.

I wrote an entire novel that way. It’s a novel that will never be published but it taught me character development, plotting, pacing and–most importantly–to trust myself. To stop emulating my outline-loving friends and to embrace my own process even though it felt like that first white-knuckle hill on a roller coaster. Soon, I realized that at the end of a “writing ride” I was happy and wanted to ride again, so…

When I write a book I write the first two chapters and then I write the last chapter. All the middle chapters are written out of order. I don’t plan it that way—it comes to me that way. While I’m in the kitchen making coffee I have no idea what will leak out of my fingers that day.

I begin by reading some of what I’ve written the previous day and then begin writing—I just jump in even if it’s not coming easily. (I often cut the beginnings of scenes as those words were the map that helped me get to the important stuff.) When I’m finished with the chapter I give it a title and write it on a 3 x 5 card. Then I add three bullet points of important things that happen. Finally, I slap it on a giant magnetic whiteboard in my office. 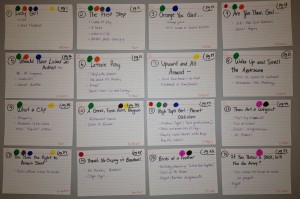 So, by the time I finished the first draft of Murphys what I had was 50 chapters about a girl named Carley Connors who lands in foster care. Then I had the task of laying them all out on the floor in such an order as to make a novel. Was this hard for me? Very.

I use those cards to organize the book. In the upper left-hand corner of each card I use colored circles to represent each character. When all the chapters are laid out it tells me if I have left a character for too long. For example in the first draft of One for the Murphys I had 11 cards in a row without a green circle which stood for Daniel, an important charater. So, I switched the cards around 🙂

I also put the setting in the bottom right-hand corner and if I have too many similar chapters I consolidate them. For example in writing the Murphy’s I had four conversations between Carley and Toni take place in the bedroom. So I printed those four chapters out, highlighted the material I wanted to keep, and rewrote them to make two chapters. 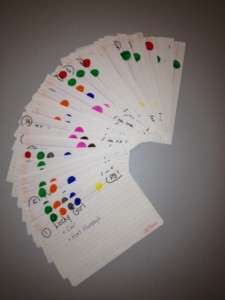 When I have it all together in what I feel is novel-form, I put aside a day and read the entire thing out loud in one sitting. That really tells me the shape of it. Then I go back to those cards—still lined up on the floor and go through each card to think about questions, tension, repetition. I look at the length of the chapters, too.

Finally, I make cards of “scenes to write”—holes that need to be filled in the story. I spread those out on my desk upside down and pick from the pile. Then I take a stab at writing the one chosen. This approach to writing is not as smooth. These scenes start our clunkier than most but I smooth them over eventually—the ones I keep, anyway.

So, the beginning really is from the guts and the card part is cerebral. It’s a strange system but it has worked for both One for the Murphys and Fish in a Tree (Feb, 2015).

I spoke with a few phenomenal writers and friends about their processes in writing a novel.

Apparently, Leslie Connor, author of five books including The Things You Kiss Good-bye also writes in a similar style to mine which made me happy. Because I’m *such* a fan of her writing! But, I thought you may want to hear from a couple of others who have different processes:

~~Stacy DeKeyser author of Jump the Cracks , The Brixen Witch and One Witch at Time (follow-up to Brixen Witch out Feb, 2015) writes about her process:

“I’m more a stepping stone person. If I have a character who wants something, I give him some obstacles and plot out Turning Point #1 (at about the 25% point), the middle, and Turning Point #2 (at around 80%), climax, and resolution. And ending that is full circle in some ways but changed irrevocably in others. Then fill in the blanks! So easy! (Ha!)”

~~e.E. Charlton-Trujillo, author of Fat Angie, writes of her process this way:

“As a filmmaker and short fiction author first, the novel writing process in the first draft is very dialogue based. I hear the characters talking and jot down the tension, texture and nuance of what they need to say. Followed by notes on key sensory detail. I don’t spend a lot of time describing the scene when I’m going. I know I can fill that in, but the dialogue is gold right off the rip. Often I’m thrown right in the middle of the character chaos. Whether it is the beginning, middle or end of the novel, I’m just there.

I also build a soundtrack for the overall book. Music that the characters laugh to — cry with — drive to their passion. The music is something that can drop me right into the story. Often there are specific songs for particular chapters. Sometimes a character theme. This allows me an immediate emotional access to them if I’ve had to step away from the story for some reason. I tend to write the way I would edit a movie. Ten to twelve hour days, six days a week for four weeks. Then I’m done with the draft. Let it sleep for a few days and revisit or send it to my agent to put eyes on the spine of the piece.”

So, dear fellow writers, experiment with different approaches. Sometimes, you’ll dovetail processes. Have fun with it. Don’t over think it; ironically, the brain sometimes gets in the way of good writing. 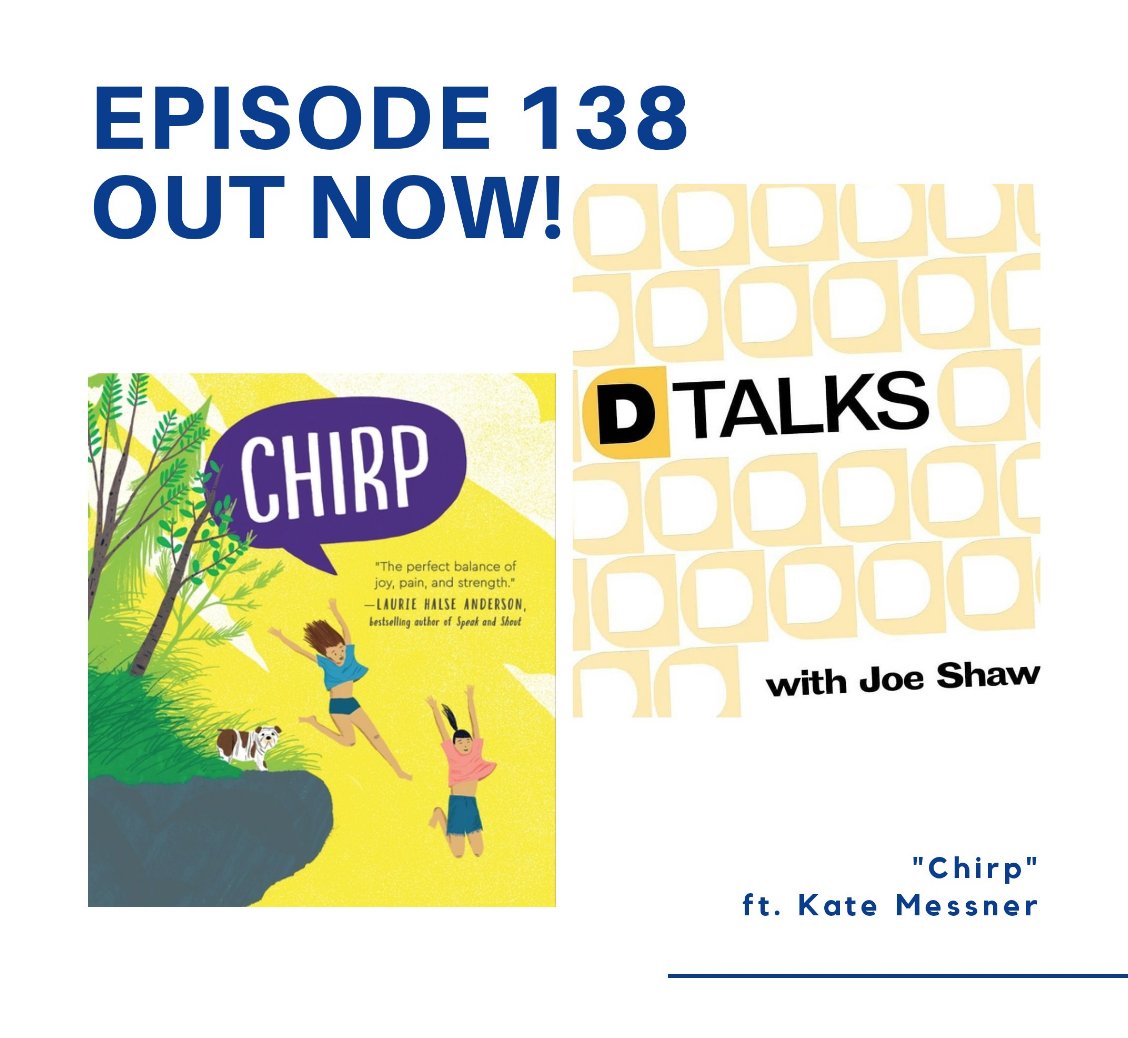 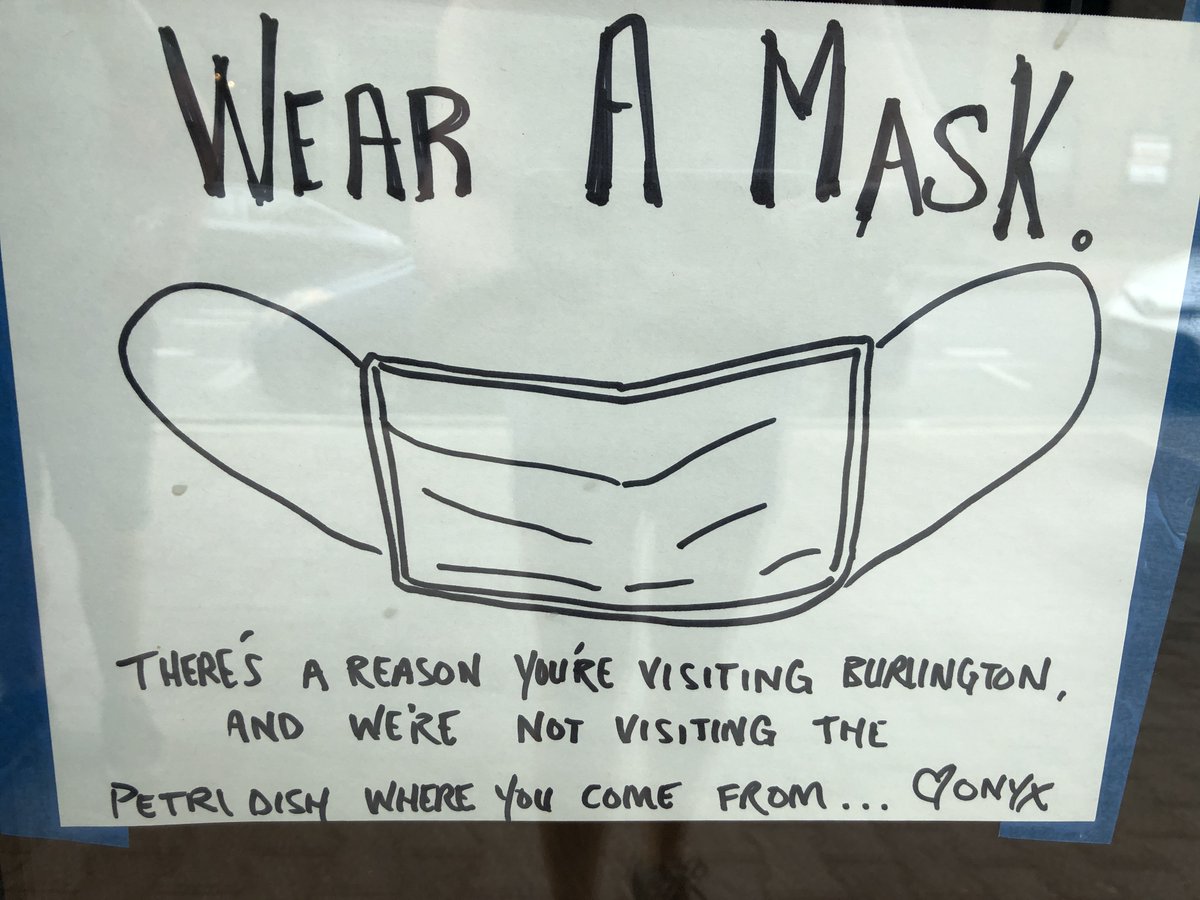