Teachers Write welcomes debut author Mike Jung today for a guest post on world building. This will be especially useful to those of you working on fantasy & science fiction but applies to other kinds of writing, too. You may want to bookmark it for later if it doesn’t seem to fit what you’re doing right now.  Take it away, Mike! 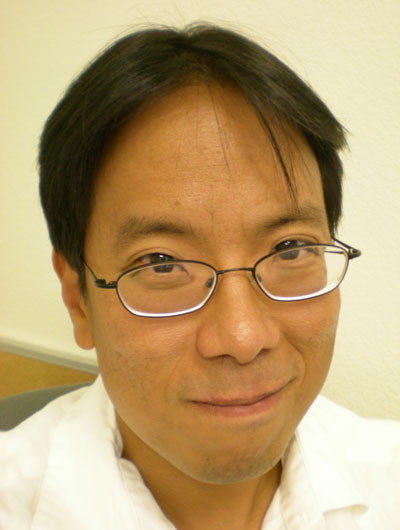 Hello teachers! I’m thrilled to be here at Teachers Write, and I applaud you all for taking the plunge with us. My sixth grade teacher Miss Drake, would have been extremely pleased to see me involved with this terrific project.

Now, Kate herself is a far greater authority on worldbuilding than me – check out this blog post about her TED talk, for example – but I have a few thoughts on the matter, particularly as I’m currently working on two separate manuscripts that involve a fair amount of worldbuilding.

But perhaps you’re saying “hey pinhead, what the heck is worldbuilding?” Okay, here’s the Mike Jung definition: worldbuilding is the process of creating the setting that your story takes place in. If you’re a Tolkien fan like me, you may be recoiling in horror at the thought of creating thousands of years of history, a panoply of elfin and dwarvish peoples with their own cultures and characteristics, and a bunch of fake languages nobody can actually pronounce.  Create an entire world?? Are you crazy, Mike? Or maybe you like that idea, in which case, hey, go to town.

That’s not precisely what I’m talking about, though – I don’t think of “worldbuilding” solely as the creation of an entirely new world from the ground up, although that’s certainly one option. I think of it more as creating a setting with enough credibility to evoke a sense of reality in the reader, support the suspension of disbelief you’re asking of the reader, or both.

Here’s an example that’s also a thinly-veiled reference to my own book *cough cough* – Geeks, Girls, and Secret Identities takes place in a small, contemporary city that’s fairly realistic, except for the fact that it has a resident superhero, Captain Stupendous, with the powers of flight, super-strength, invulnerability, and super-vision. In fact, there are over 50 superheroes scattered throughout the world, and they’re constantly defending the safety of their respective cities by battling one crazypants supervillain or another.

Nobody’s EVER going to mistake my book for a work of non-fiction, and clearly readers will have to willingly engage in some suspension of disbelief. So I didn’t try to create some plausible, scientifically-grounded explanation of how Captain Stupendous actually could fly in the real world. There’s enough pop-cultural precedent for that particular element of fantasy to make it easy to swallow.

One thing I did do, however, was try to establish some consistency and logic behind the way people in the world of Geeks think and react to the thyroidal spandex-clad weirdos in their midst. For example, I created a very broadly-sketched culture of superhero fandom throughout the country, a culture that’s represented by two specific Captain Stupendous fan clubs in my fictional city.

I also needed to create some settings that would fill the needs of my plot, and also the needs of my characters as real people, if that makes any sense. For example, there’s this pizza parlor which worked really well as the setting for my first chapter in terms of facilitating the plot, but it also fills a role in the characters’ lives outside of that chapter. Kids need public places to hang out, you know? Spud’s Pizza was my characters’ place to hang out long before the events of the book happened. And I didn’t want that because my story absolutely needed a pizza joint instead of, say, a boba tea house, an ice cream parlor, or a convenience store full of giant-size beverages and various conglomerations of processed butter and sugar – I wanted it because it helped make my characters into people who could be real.

A character’s thoughts, feelings, and actions may be driven by her pointy-eared people’s fifteen millennia of dragon-infested history, but they might also be driven by the history of her local town, which has always been driven by a particular multinational company that’s suddenly decided to shutter all its local facilities. A group of disenfranchised kids might end up mystically transported to a dimension that’s terrorized by giant, intelligent fish, or they might face challenges with the bully population at their school, but in either case the antagonistic characters will be products of their environment and history.

All of which is a rambling way of saying that on the surface, worldbuilding is about…well, building a world: creating a sense of place; conveying specific details; establishing continuity; and making things believable, all of which are hugely important, of course. But on a deeper level, I think worldbuilding is actually a vital way of showing the history behind our stories, and ultimately, the history of our individual characters. No matter how fantastical or everyday our settings are, their ultimate purpose is to illuminate the worlds inside the hearts and minds of our characters.

Mike Jung has obviously read a whole lot of fantasy and science fiction. His debut novel Geeks, Girls, and Secret Identities will be released on October 1, by Arthur A. Levine Books/Scholastic. He lives in Northern California with his wife (who tolerates his weirdness), his kindergarten-age daughter (who can already debate him to a standstill), and his toddler-age son (who’s developed a suddent reckless streak). Learn more at his website and follow him on Twitter @MikeJung.