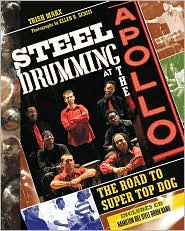 As an English teacher, I’m always looking for ways to bring nonfiction to my reluctant readers.  These are kids who haven’t discovered reading for pleasure, and many of them are boys.  If I’m lucky, I can sell them on a novel by Walter Dean Myers, Joseph Bruchac,  David Lubar, or Jack Gantos…but nonfiction?  Good luck.

That’s why I was so excited to see a review copy of Steel Drumming at the Apollo from Lee & Low Books.  It’s nonfiction, in the form of a photo essay that follows a group of high school musicians from Schenectady, NY as they compete in a series of Amateur Nights at the famed Apollo Theater in Harlem.  As soon as I read the premise of this book, I was hooked — a group of city high school kids who get to play at a place so rich in history and so symbolic of the Harlem Renaissance.   Text by Trish Marx and photographs by Ellen B. Sinisi tell the story in vivid color, featuring details of the competition and the kids’ preparation for it, profiles of the young artists, and backstage snapshots at the Apollo.  The photographs and text bring the young musicians’ steel drumming to life.

The book even includes a cd of the band’s music, tucked in a pocket inside the back cover. And these kids can play!  Their story will be an inspiration to other city kids who dream of making it big.  Steel Drumming at the Apollo is a terrific choice for kids who need a fun, accessible introduction to nonfiction.  They’ll be singing its praises and dancing along as they read.

Many of the 7th grade girls I teach LOVE novels written in verse.  They devour anything by Sonya Sones, and then I usually steer them to Karen Hesse and others who seem to capture that same magic but in different ways.  Novels in verse, well written, pack a lot of punch with few words, and they usually offer lots of white space on the page, so they’re fantastic for reluctant readers.  I haven’t found too many that appeal to boys, though, which I why I was so happy to read these two standouts in the books nominated for the CYBILS. 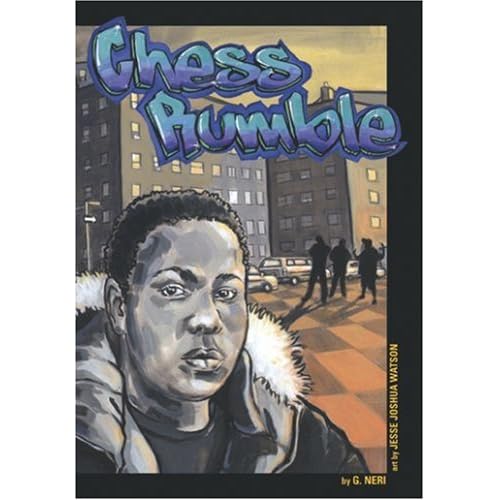 G. Neri’s CHESS RUMBLE is appealing to reluctant readers, especially boys, on a number of levels.  Neri nails the voice of a boy growing up in the inner city in a way that’s reminiscent of Walter Dean Myers.  Neri’s main character, Marcus, is a young man dealing with family troubles and fights at school, until he meets a powerful mentor and learns to fight his battles on a chessboard instead.  This novella in verse is full of language that’s vivid and accessible, and Jesse Joshua Watson’s illustrations in shades of black, brown, and gray help to set the mood.  This one has serious kid-appeal — not just for the kids who already love to read but for those who don’t often find books on the library shelves that seem to be written for them. This one is.

Katherine Applegate’s HOME OF THE BRAVE is another novel in verse that will appeal to boys as well as girls.  It may help that plenty of middle grade readers already know Applegate from the ANIMORPHS series, but this book has a completely different feel to it.  HOME OF THE BRAVE is about Kek, a Sudanese immigrant who recently arrived in America after witnessing the death of his father and brother. He left his mother behind and wonders every day if she is alive.  The poems that explore Kek’s emotional state are poignant and accessible to young readers, and the more traumatic scenes are set alongside lighter stories of Kek adapting to life in America and experiencing new things, from snow to washing machines.  This is a kid-friendly story (those who love animals will have an additional connection) that explores a dramatic issue in current events in a manner that is personal, sensitive, and hopeful.

Just stepped out to look for Comet Neowise & we were surprised at how well we could see it, even without binoculars! Clearly visible in the lower Northwest sky - looks like a star that someone smudged a little. It's worth going out to take a look!
View on Twitter
0
23 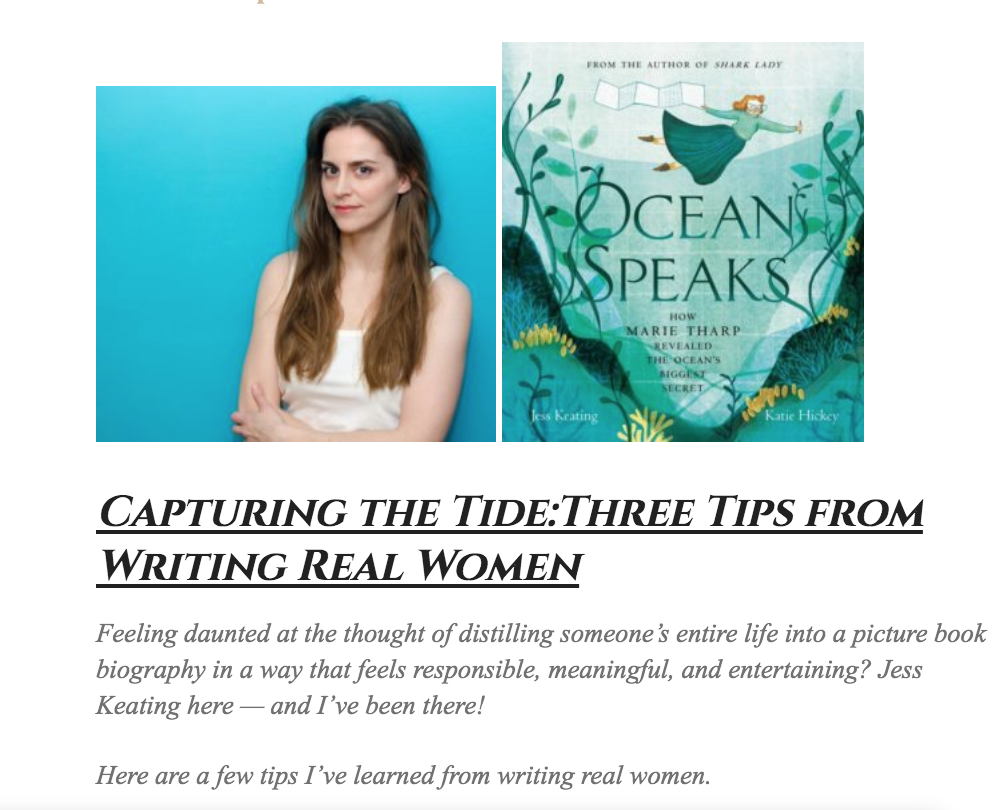 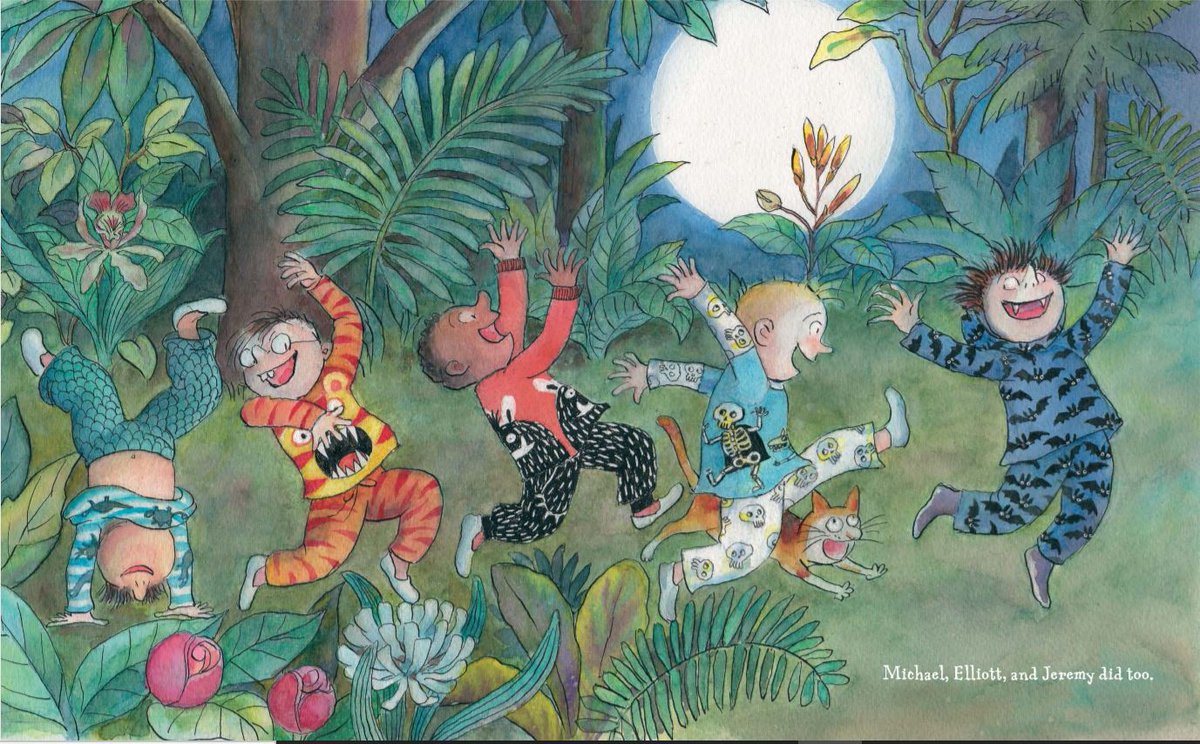 Hey, @Bookshop_Org - Is there a way for teachers to make a wish-list on your site so people could support #clearthelists and indie booksellers? Many of us love helping teachers but would rather not support the giant online bookseller.
View on Twitter
7
171