I finished one book and read two more this week. I enjoyed them all for different reasons and will be sharing them with my 7h graders once school starts. I especially love how these three really meet the needs of three different kinds of readers.

First up is REVOLUTION by Jennifer Donnelly, due out in October from Delacorte.  I had high expectations for this novel because I loved Donnelly’s A NORTHERN LIGHT so much. I wasn’t disappointed with REVOLUTION, and in fact, I think I might have liked it even better.

The book starts in Brooklyn, where gifted but troubled Andi is supposed to be writing her class project on the music of fictional French composer Amade Mahlerbeau and its influences on modern musicians.  What she’s doing instead is barely hanging on.  The death of her younger brother has sent her mother into depression, and Andi herself is getting through the days on her guitar music and some pretty heavy medication. Her parents are divorced, but when her DNA-scientist father discovers what’s going on, he takes Andi with him on a research trip to Paris, where he’s doing work to determine whether an old, shriveled-up heart actually belongs to a persecuted young prince from the Revolution era.

While she’s in Paris, Andi discovers the diary of a teen girl living during the time of the French Revolution, a girl who has a strong connection to the young prince Andi’s father is studying.  As the days go by, Andi is drawn deeper and deeper into the diary and into the life of the composer Mahlerbeau until one night, she finds herself transported from the modern-day Catacombs to the Paris underground of the late 18th century.

This book combines so many amazing themes: grief and healing, the transformative power of music, and the things we do for love. And of course, there’s also the theme of revolution — that which exists in the bigger world and that which happens in our own souls.  This was a great, compelling read, and it’s a title I’ll be thinking about for a long, long time.  I’ll be handing it to some of my more advanced readers — including a few of last year’s 7th graders who loved Donnelly’s A NORTHERN LIGHT. 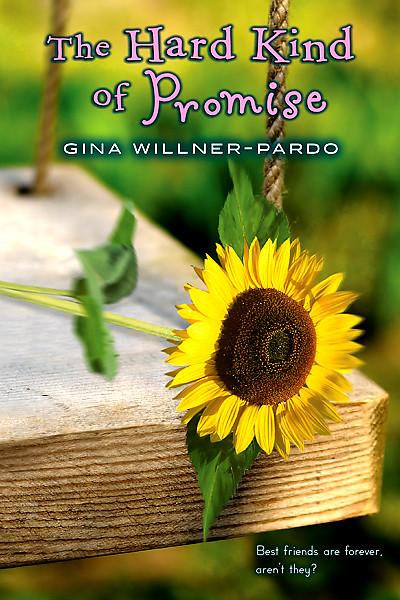 THE HARD KIND OF PROMISE (Clarion – June 2010) is actually a title that I think fans of THE BRILLIANT FALL OF GIANNA Z. will appreciate quite a bit.  It’s similar in that it tackles the everyday struggles of middle school life, and I love the way author Gina Willner-Pardo does this — with characters who are real and flawed and discovering themselves and with dialogue that’s so wonderfully authentic it made me laugh out loud in places. At its heart, this is a book about friendship — about the friend that Sarah had grown up with and finds herself drifting away from as middle school presents new interests and challenges.  It’s a sweet, funny, heartfelt book — one that’s perfect to hand to students who are tired of big flashy vampire books and just want to read something about regular kids like themselves.

And here’s one that I know my reluctant readers — boys and girls alike — are going to love.

YUMMY: THE LAST DAYS OF A SOUTHSIDE SHORTY (Lee & Low-July 2010) is a graphic novel written by G. Neri with illustrations by Randy DuBurke.  It’s a quick read that packs a punch because its title character, Robert "Yummy" Sandifer was a real-life Chicago gang member who killed and died when he was just eleven years old.  How could a kid get trapped so deep in gang life, so fast? Neri and DuBurke take a chilling look at the neighborhood and community that raised Yummy, and ultimately failed him.  This is going to be a great choice for literature circles — I can already imagine the discussions about how responsible he was or wasn’t for his actions, how much this was a kid shaped by the rough world into which he was born.

So as you can see, it was a very good reading week for me. Three winners.

Now it’s your turn. What have you read lately that you loved??