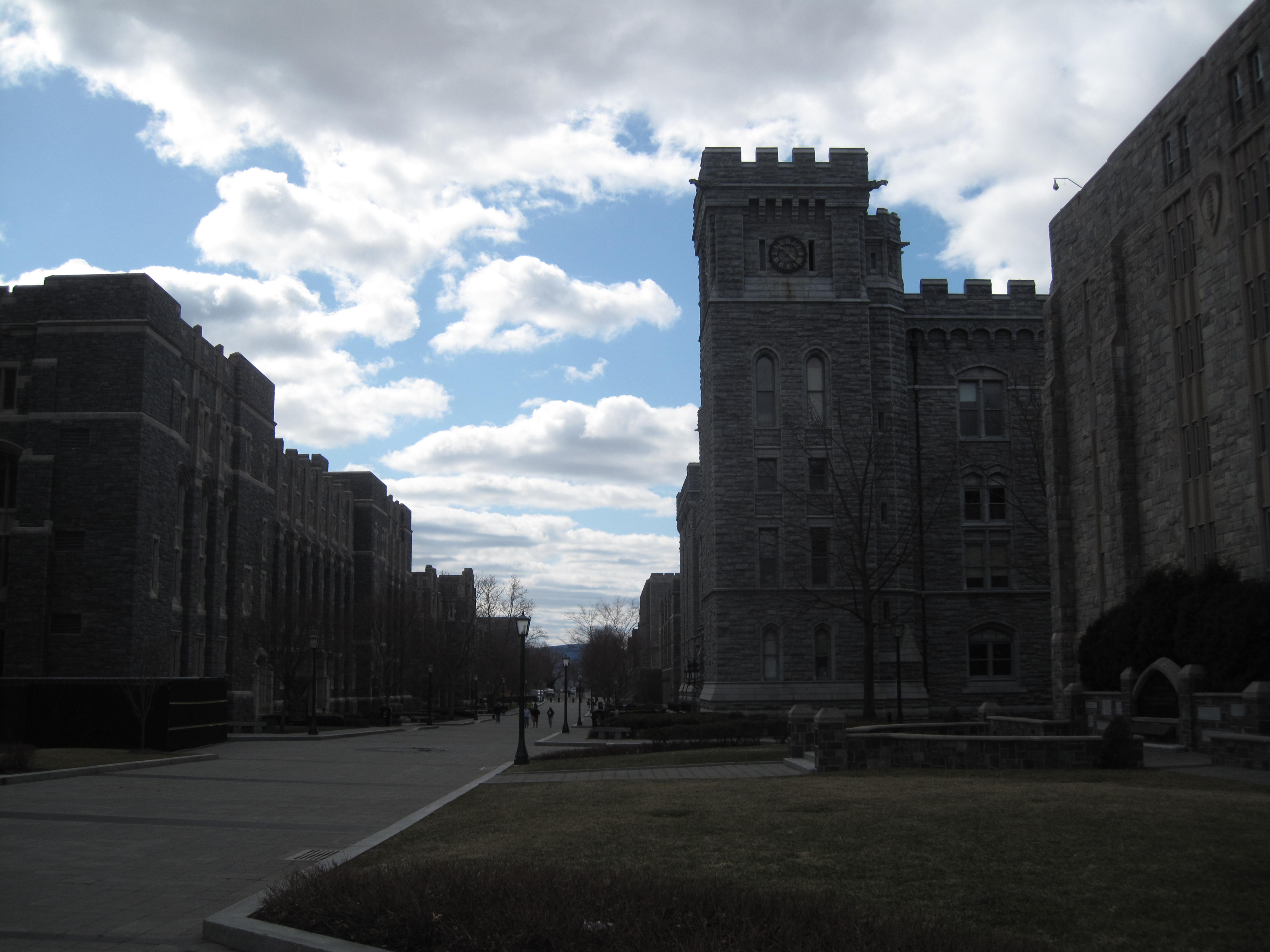 My weekend trip to the Hudson Valley was a fascinating mix of past and future. We stayed in a Beacon, NY bed & breakfast that my husband claimed must be haunted. 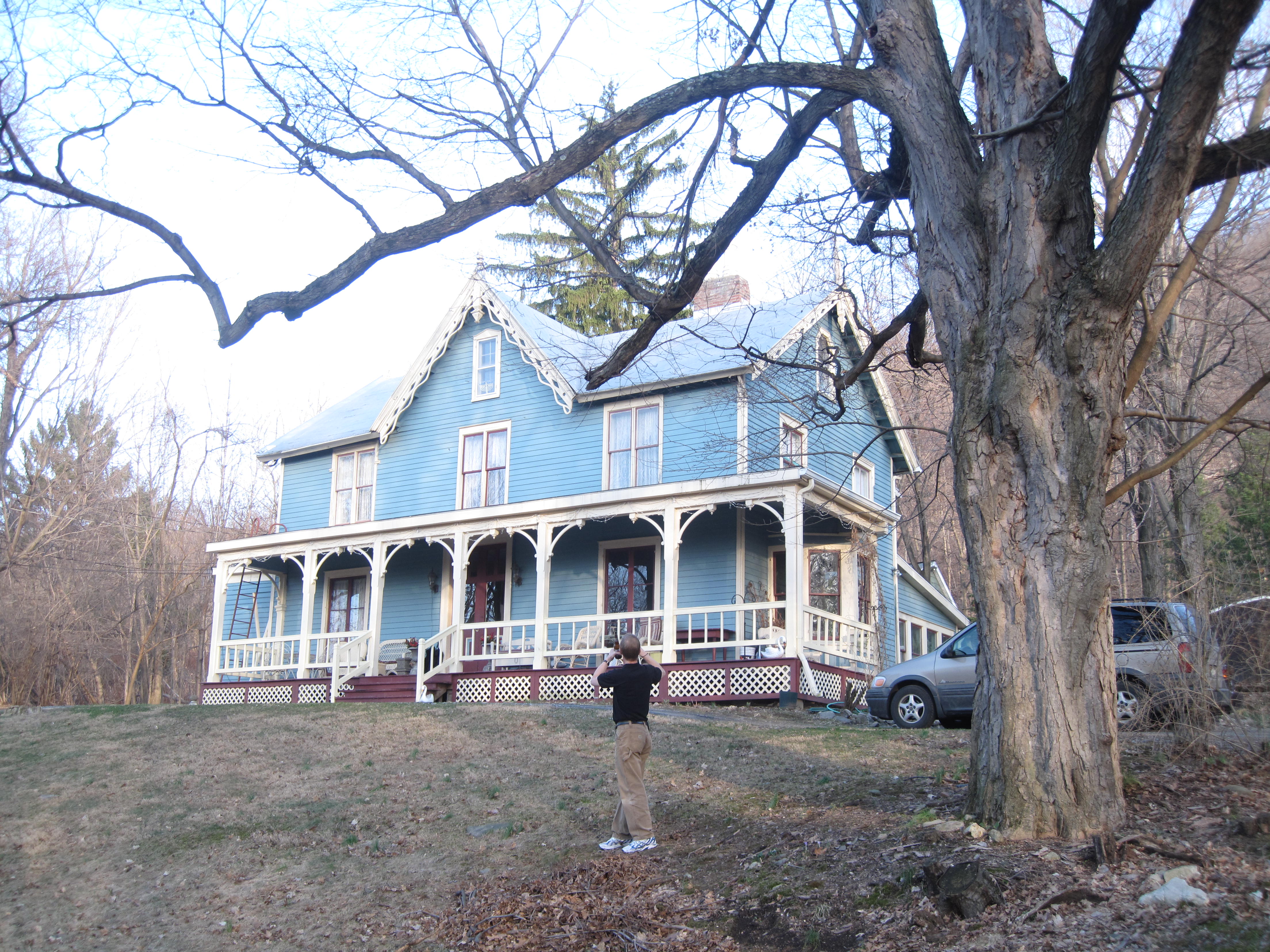 In truth, even if there were ghosts (I didn’t see any), I wouldn’t have cared because the breakfast they served — fresh fruit, a warm cherry pastry, and orange-cinnamon French toast — was worth any haunting.

The next morning, we set out for West Point, with a stop at Fort Montgomery along the way.  Standing amid the ruins of powder magazines and barracks, it’s easy to see why this spot was so strategic during the Revolutionary War. 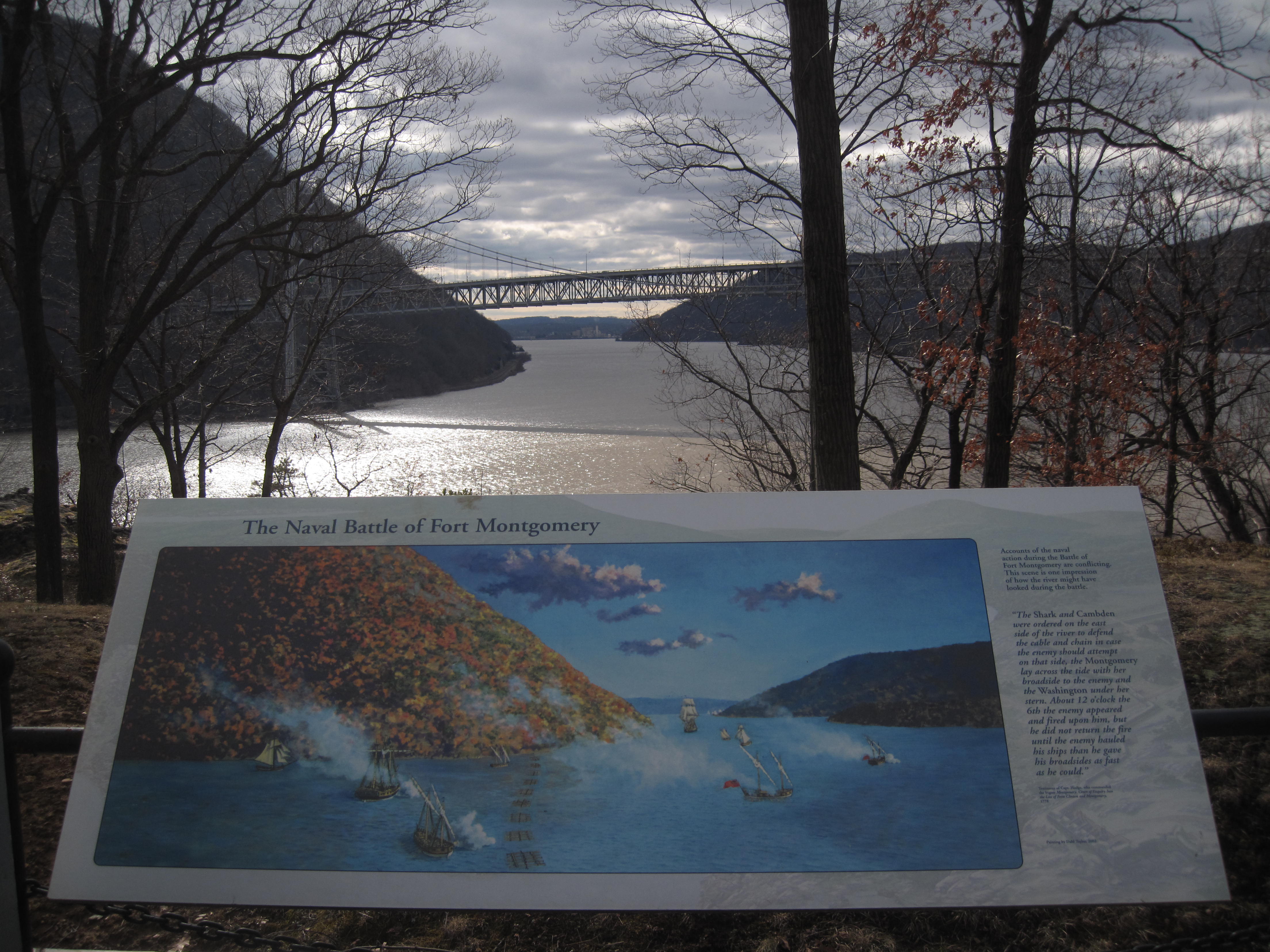 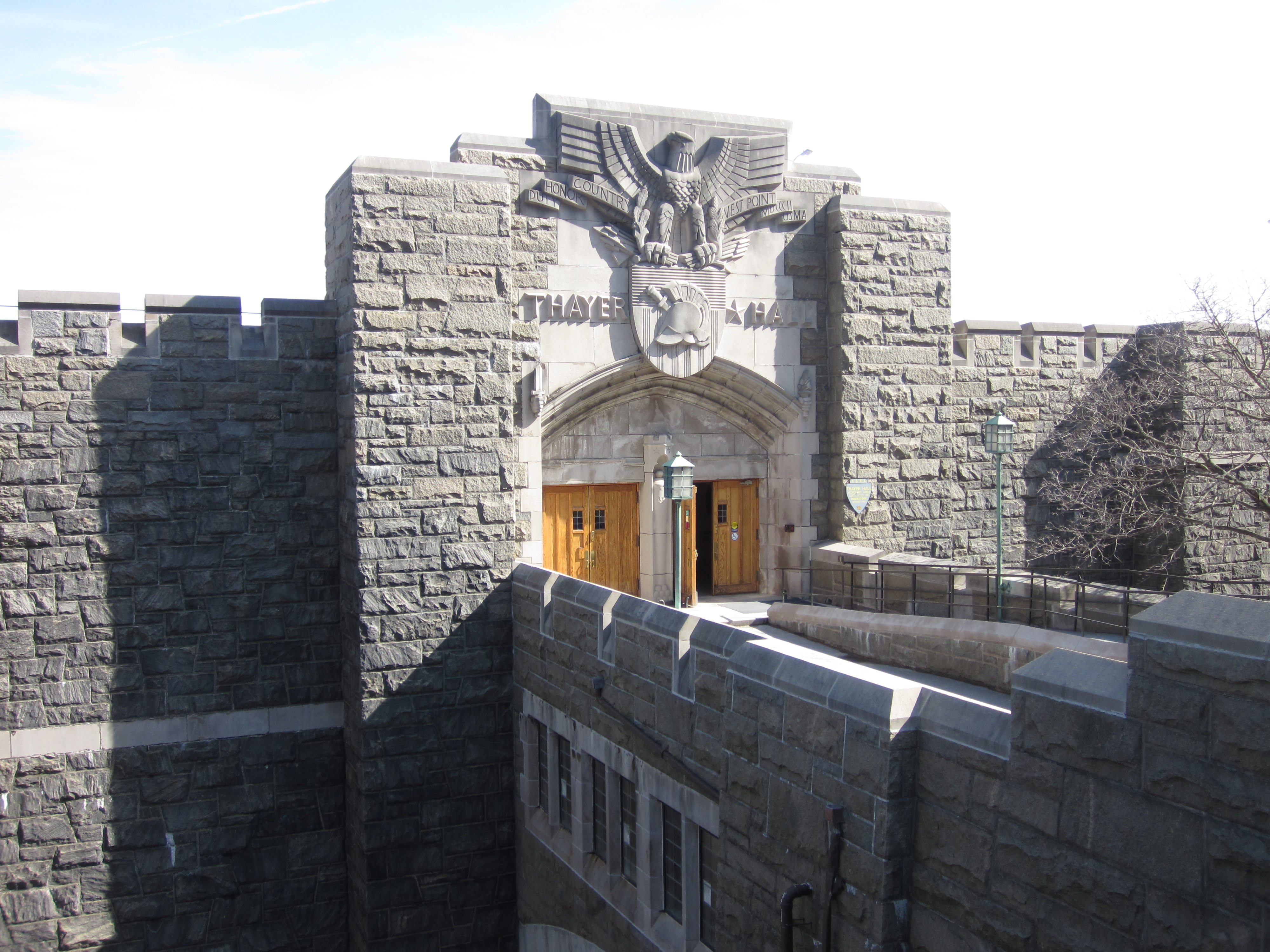 But the reason we were here had to do not with the past — but with the future. The New York State Science Olympiad competition competition took place this weekend, and my son was part of his high school’s team.  They’ve been working on their projects — everything from engineering tasks like Rube Goldberg devices, mousetrap cars, and helicopters to content-area tests in subjects like earth science, anatomy & physiology, optics, ornithology…you name it. With fifty-three teams from all over the state competing, the whole campus was crawling with smart kids carrying around every manner of field guide and homemade electronic contraptions. 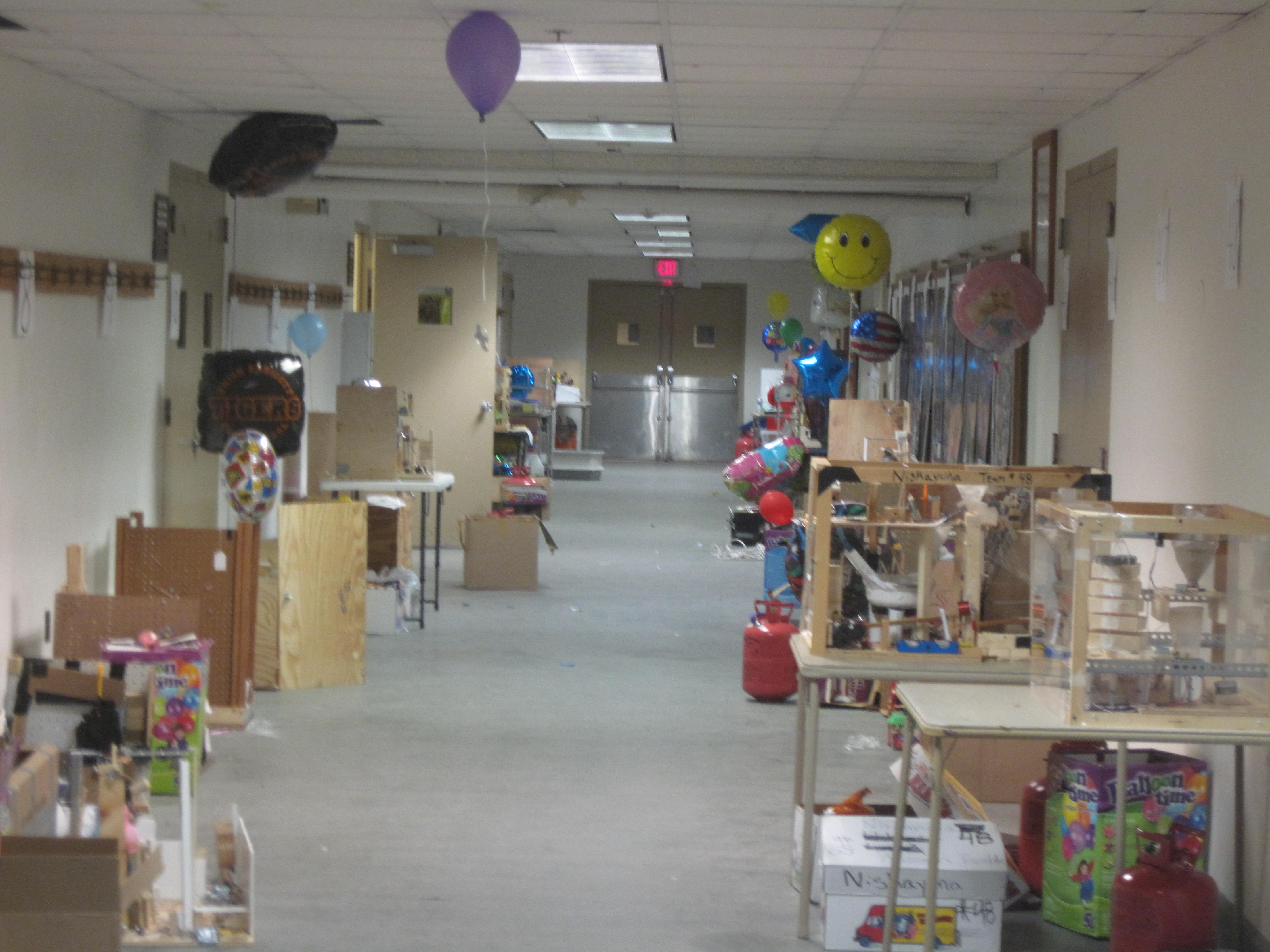 The kids had to create a Rube Goldberg device with ten different tasks involving simple machines, chemical reactions, closed hydraulic systems, and more, and each task had to be triggered by the one before it.  The final task?  Have the device release a helium balloon carrying a sign that says “Mission Possible!”  and you get points for each gram of weight the balloon can lift. Also?  The whole thing has to happen within a time limit that the kids weren’t told until they got to the competition site. (I’m told our team dealt with this by calibrating the sand timer that was part of the gizmo.)

The boy says I’m not allowed to share his competition results on my blog (“Seriously, Mom…”), so I’ll just say  there was much cheering at the awards ceremony.

Truly, the whole weekend was amazing. It was an inspiration to see so many kids so excited about science and engineering, and it may sound a little corny, but I really came home filled with hope. Based on what I saw this weekend, our future is in very capable hands indeed.