I took advantage of a beautiful September Friday to hike my fifth and sixth Adirondack High Peaks, Phelps and Tabletop.I signed in at the Adirondack Loj trailhead at 8:25am and started the hike with an easy and pretty 2.1 mile walk through the woods to Marcy Dam. 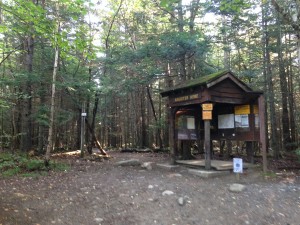 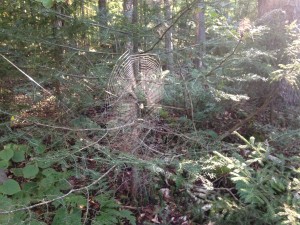 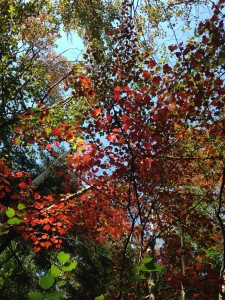 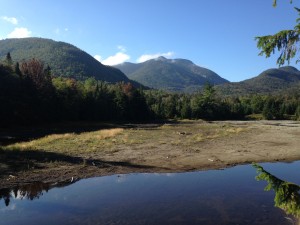 After Marcy Dam, the trail to Phelps follows the Van Hoevenberg Trail for a while. I knew I’d turn that way, but I always like to stop and read the signs anyway. It’s fun to think about where the next adventure might lead. I’ve heard that Avalanche Lake is stunning, so I have my eye on that for a future fall hike. 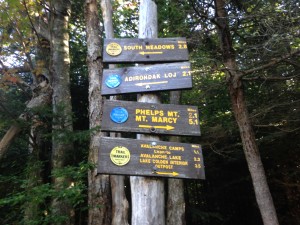 It’s just over a mile from Marcy Dam to the trail that starts up Phelps Mountain, and the hike is a beautiful one that meanders along Phelps Brook much of the way. Then the climbing begins for the last mile up Phelps. 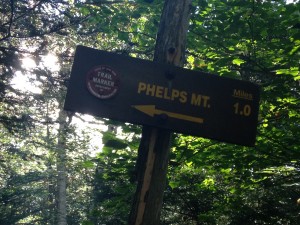 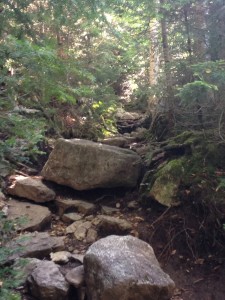 This climb was steep, but it didn’t feel as difficult to me as the first mile up Esther Mountain, where the loose, rocky trail goes pretty much straight up Marble Mountain for the first mile. On Phelps, I had the summit all to myself for about twenty minutes – a rare gift in the high peaks in the popular fall hiking season. 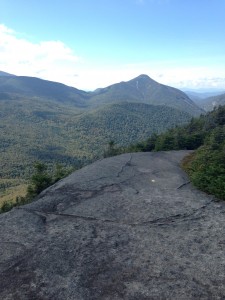 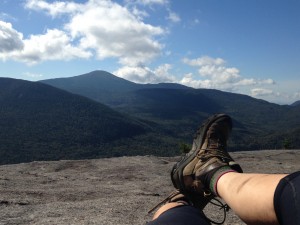 After a short break, I headed back down. Pretty soon, the sound of the brook let me know I was almost back at the Van Hoevenberg Trail. There’s a really cool tree near the Phelps junction. 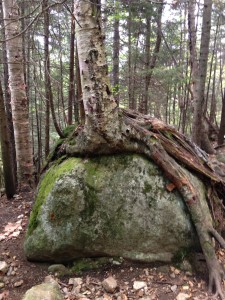 Since I’d made pretty good time, I decided to tackle Tabletop as well. This is an unmarked, unmaintained herd path, and many of the older books and trip reports make a point of saying that there’s no sign – just a marker for a ski trail, so I ended up turning off the Van Hoevenberg Trail before I should have, onto a ski trail. It got me to the summit eventually, but with more mud & blood than the people who’d gone on the real herd path. If you’re climbing Tabletop, you should actually turn right at this junction in the trail, instead of going straight under that birch tree onto the ski trail that leads off to the left. 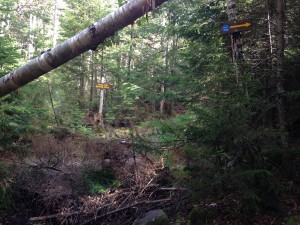 If you turn left, the “trail” is not much of a trail, though it does eventually meet up with the herd path. 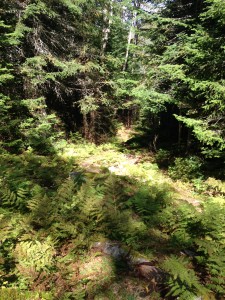 The photo below shows where I should have turned after staying on the VH trail a bit longer. As you can see, there is a sign that shows where to turn onto the herd path now. 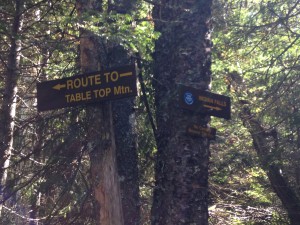 The real herd path, which I met up with eventually, is much cleaner than the ski trail, though it’s still muddy and full of gnarly roots. The summit of Tabletop is wooded, but there’s a marker and a bit of a view through the trees. 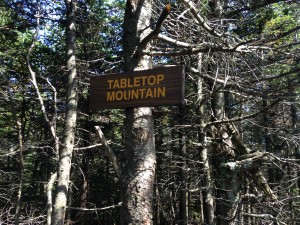 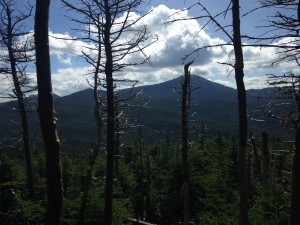 After I made my way down Tabletop, I took a quick side trip to Indian Falls to filter some water and enjoy the view of the MacIntyre Range. 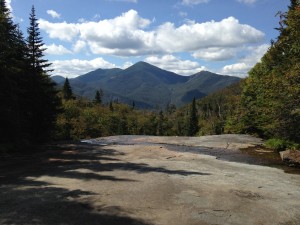 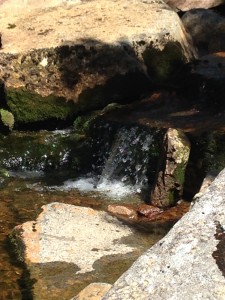 I took one last break to admire the view from Marcy Dam and made it back to the Loj at 4pm, just about 7.5 hours after I’d started out. The hike ended up being about 14 miles RT, but much of that was over fairly level ground, getting out to the two peaks. All in all, another beautiful September day in the Adirondacks! 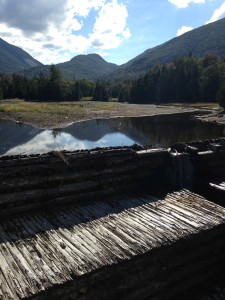